Share All sharing options for: Devils in the Details - 9/25/2013: BrunnerWatch is Over Edition

Your links for today:

The Devils held on to beat the Flyers, 2-1 last night. [Fire and Ice] [Star-Ledger]

The Devils have signed Damien Brunner to a two-year, $5 million contract. #BrunnerWatch is over! [Fire and Ice] [Star-Ledger]

Here's John Scott's side of the story about his fight with poor, little Phil Kessel. [Puck Daddy]

Mr. Kessel got suspended for three preseason games for attacking Scott with his stick.

As expected, David Clarkson received a ten-game suspension for leaving the bench to get involved in the scrum. Heh. [Star-Ledger] He isn't going to appeal the suspension. [Cross Checks]

What did Ryan Miller think about it all?

OK, back to non-Sabres-Leafs-gate news: Sam Gagner had his jaw broken by Zack Kassian the other day. It looks ... pretty bad. Ouch. 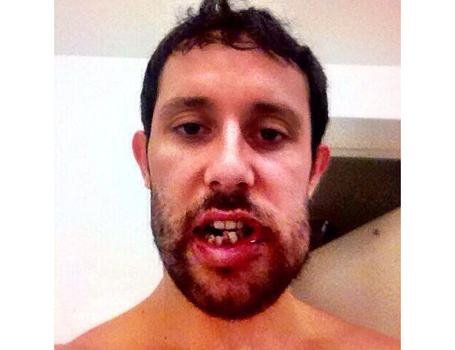 There are some bad seats at the Barclays Center, which will eventually become the home of the Islanders. Yikes. [NY Mag]

Feel free to discuss these and any other hockey-related stories in the comments below.