Should we be optimistic about the upcoming Devils season? Your mileage may vary, but one writer tries to figure it out for himself.

Fans across all sports will approach their teams with widely varying expectations. Those expectations are, of course, shaped by a team’s history and recent performance, but even within the same fanbases, people’s feelings on a new season will diverge greatly. Two fans may look at the same team and see a contender and a basement-dweller simultaneously. For the New Jersey Devils, that dichotomy certainly exists as the team is one that has fallen short of postseason play in consecutive seasons, but has underlying numbers that suggest they should be better. This leads to a fanbase very much split between the hopeful and the doubtful.

For me, I tend to toe the line between optimism and pessimism, sometimes swaying wildly between the two. I’d like to say I’m always even-keeled and realistic in whatever expectations I have, but I’m sure there have been times when I’ve thought "THIS TEAM IS AWESOME, THEY’RE GOING ALL THE WAY, BABY" and "THIS TEAM SUCKS, MOVE THEM TO SEATTLE AND BURN DOWN THE PRUDENTIAL CENTER" in the same game, if not the same period. Generally, when the games aren’t currently ongoing, I’m cautious in whatever opinions I have on the team, though. Paraphrasing the old sports adage: ‘They’re never as good as they look when they’re winning and never as bad as they look when they’re losing’ is something I generally adhere to.

But the other day, talking to my brother on the phone, he gave me a hard time for hedging when talking about the positives for this upcoming Devils season, and my fiancé told me that I was something of a sports pessimist later that night, when I thought I was generally a positive thinker. It was enough to get me thinking about where I really stand on the upcoming season. Should I prepare for more frustration, or should I start stocking the champagne?

There are reasons out to be down on the Devils going into 2014-15. The team was old last season, and, despite them entering the season with some youth on the blue line, the forwards are another year older and only added players on the wrong side of 30. The Devils will almost certainly end up with the oldest team in hockey at season’s end, even with some call-ups, and they are likely to deal with a number of injuries with all of those again players. Beyond that, the team still figures to have a not-great offense and with back to back seasons of missing the playoffs, many have doubts about the capability of head coach Pete DeBoer to lead the team back into the playoffs. They are legitimate concerns, all and I wouldn't blame someone for pointing to some of these or other issues and thinking we're headed for another underwhelming campaign.

Why to be Optimistic

Now, there are reasons one might be skeptical, as laid out above, but when stepping back and looking at things this summer, my outlook shifted toward the positive more and more. This is already a team that would have likely made the playoffs last year if not for a nigh-impossible run of shootout futility. They actually outscored their opponents overall, ending up with a 197-195 GF-GA differential on the season. They addressed some of their offensive needs in the form of Mike Cammalleri and, to a lesser extent, Marty Havlat. Their goaltending will almost certainly be improved with the handing over of the full-time #1 job to Cory Schneider. The defense which allowed the least shots in the league last season returns many of its starters and the talented young defensemen on the team will be a year older/more experienced. The underlying stats, like close-score Fenwick% put the Devils near the top of the league last season, and the zone entry/exit data being collected league-wide seems to point in the same direction. There is just a lot to like about what this Devils team is bringing to the table in the upcoming season.

So upon starting this writing, I wanted to strip away the "well, maybes" and the "yeah, buts" (stay tuned for those in the official ILWT season preview) and give my feelings on where this team will stack up this season. With that, I’m going to go ahead and push the chips in on this season as a fan: the Devils will be a very good team to the point where they a borderline contender in the Eastern Conference and they will make the playoffs with some breathing room to spare.

This is where the doubts creep in, though. Is that a wise prediction? Do the Devils have the depth to handle injuries when they come? What if Schneider falters? What if Jagr goes down? 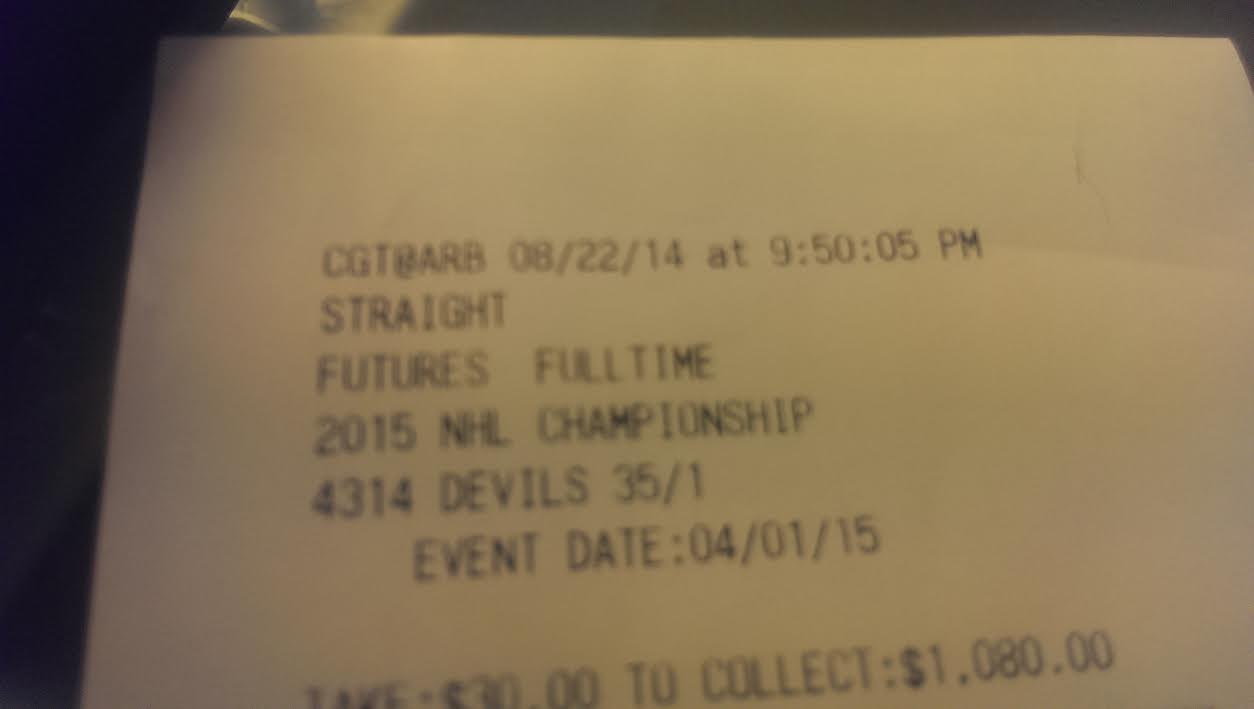 Note: I reserve the right to walk back this prediction if Jagr/Schneider explode their knee in the third week of October. Also, ILWT totally doesn't condone gambling unless it is legal in your current jurisdiction. Or maybe if you're, like, super good at it or something.