The Devils finished off the season strong and are headed to the Calder Cup Playoffs for the first time since becoming the Albany Devils.

While the 2014 Calder Cup Playoffs began last night, the Albany Devils don't begin their series against the St. John's IceCaps until tomorrow night in Albany. This weeks post includes an in depth look at the Devils' first round opponent along with keys to winning. We'll also take a look at the two junior prospects still battling in the WHL and OHL Playoffs.

The Albany Devils face the St. John's IceCaps in the first round of the 2014 Calder Cup Playoffs. It is a best-of five series with the Devils playing their first two games at home and the final three (if all are needed) in Newfoundland. Thanks to a great post by the IceCaps, here are some must-knows to get you ready for the action tomorrow night:

For a quick breakdown, check out this infograph released by the Albany website.

Here is a full bracket of the Calder Cup Playoffs: 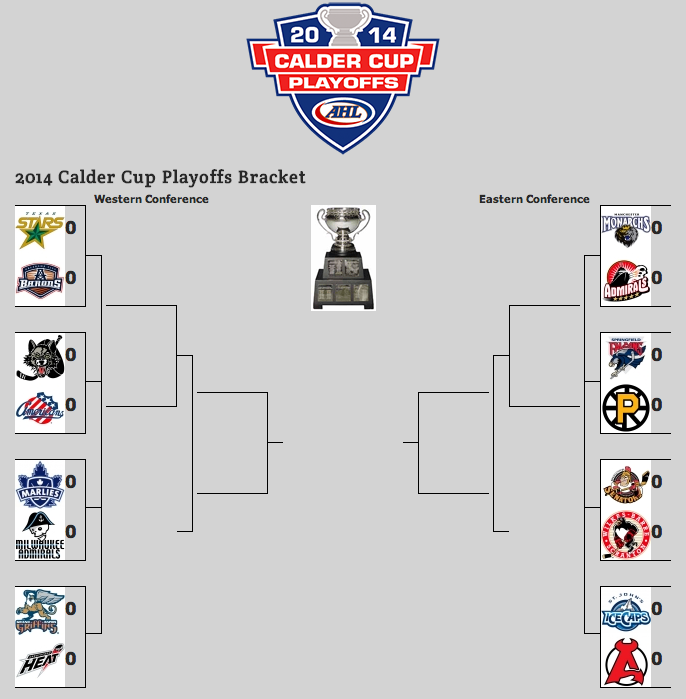 Will you be traveling to see the Albany Devils in the playoffs? What are your predictions for the first round? Who do you think was the Albany Devils MVP for the 2013-2014 regular season? Please leave any thoughts and comments below. Thanks for reading!