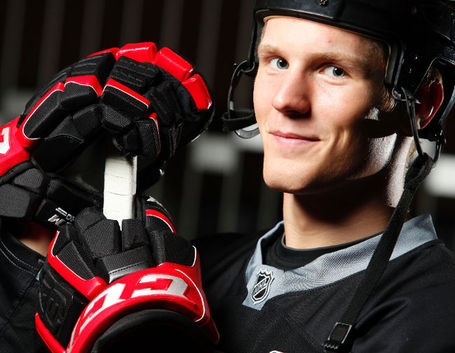 After the combine, I did extra testing with the New Jersey Devils. It was one of the craziest fitness tests I've ever done. They had me and few other guys running on treadmills for as long as you could with the incline getting steeper and steeper, I didn't have a shirt on and had electrodes all over my body — I ran for 16 minutes with a huge increasing incline — which was the longest of anyone there.