In retrospect, I should have said something earlier about this.  However, now is a good time as any to state that I really don't like the trapezoid behind the net.  Yes, the main job for a goalie is to stop pucks.  Moving those pucks around the boards, nullifying a dump-in, can be just as useful in stemming opposition attack.  Martin Brodeur has been one of the best at stickhandling pucks.  After all, he's one of the few goaltenders to score a goal in a game.

However, we haven't seen Brodeur use those talents since the last lockout because the league decided in their infinite wisdom to literally pens goaltenders to where they can play the puck only behind the net.  If they just touch it ever so slightly outside those slanted lines, it's a penalty.  Members of the NHL Board of Governors don't seem to mind.  Brian Burke, supporter of the borders, was quoted in this USA Today article by Kevin Allen in November 2009 that the game was too much of a "tennis match" without the trapezoid.   Burke, like other members, continue to support limiting the legitimate talents of hockey players.

And so that's explains the new shirt in the In Lou We Trust shirt store: Free Marty. Check out a picture after the jump. 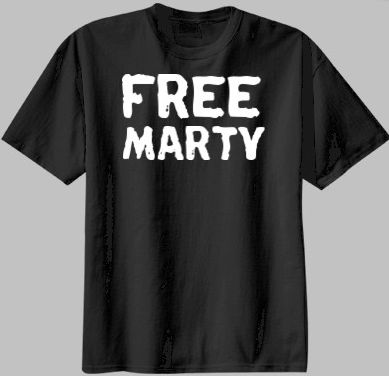 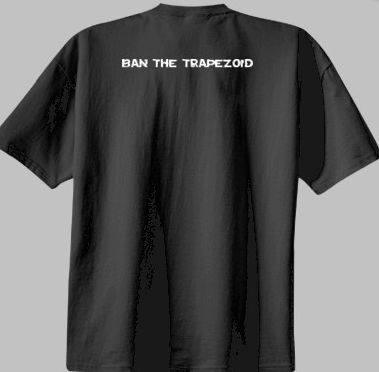 It's bold, it comes in black, and there's even a long sleeve version for the ensuing fall weather. Of course, standard and ladies' t-shirt styles are still available. All prices in the store include shipping.  The original red ILWT shirt is still available. Please feel free to buy as many as you'd like.