Most of us here know that during the off season, Lou has a few Priorities. One of the being the re-signing of Paul Martin, another would be trying to keep Ilya Kovalchuk as a Devil, and finding a suitable second line center. While John has already given some food for thought on the first two, I wanted to look into a player that could possibly fill the void at second line center: Olli Jokinen. 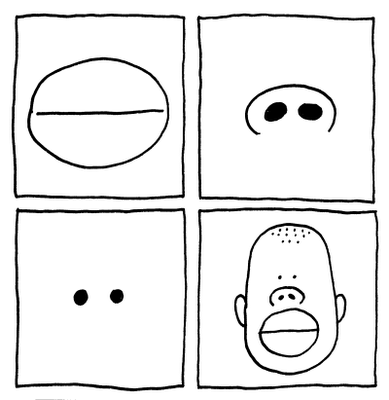 via www.hockeydrunk.com: How to Draw Olli Jokinen

While this season has been horrible for him, lets face facts: Calgary was pretty bad offensively this season, ranking 29th in Goals/Game at 2.48 (Ahead of Boston) and Tied for 26th with the Isles in powerplay efficiency, converting 16% of them (Ahead of Offensive juggernauts Toronto and Florida and a defense oriented Coyotes team). The Rangers were better offensively than the Flames (16th in goals/game and 13th in PP efficiency), but comparatively, they weren't nearly as bad or as snake-bitten as the Flames were offensively.

But why Jokinen? Take a look at the centers available on the free agent Market. Outside of Tomas Plekanec and Patrick Marleau, most of them are either grinders, enforcers or checkers. Jokinen isn't any of those three, but he's a top 6 forward, which most of those centers aren't. Plus, he might end up being really cheap due to him having a horrible contract year and the fact that he might be going to the KHL because of the lack of interest in him. That and we're also talking about a 4 time 30 goal scorer, a Former all star and one of the most durable players in the NHL (Has only missed 7 games since the 2002-03 season).

My question is: Do you think the Devils should take a gamble on Jokinen and sign him to a 1 year deal? Discuss

Should the Devils sign Jokinen to a 1 year contract?